Puppies before they go to their forever homes have to have a name.  Not blue or yellow or red.  That’s why I always have a theme for puppy names.  This years theme was egged on by an old-young friend who loves to name puppies.  Books are the theme.  And I’m going with my favorite stories and characters written not too long ago and a long time ago.

Stories and characters that pulled me into a corner to curl up, read and love fiction. 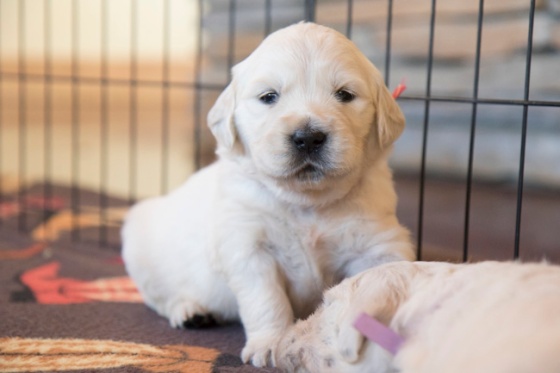 I’ll start by naming this girl with the hot pink ribbon Harper.

Harper is outgoing and friendly.  She is courageous.  She wants to explore outside her pen.

Harper is named after Harper Lee, author of the 1960 best seller “To Kill a Mockingbird”

Harper Lee succumbed to the unavoidable in 2016 at 89 years old.  She was a talented, amazing writer.  Besides her best seller (which I am about to steal names from) Harper Lee had some quotes I aspire to.

I’ll start with this quote first since books is the theme. 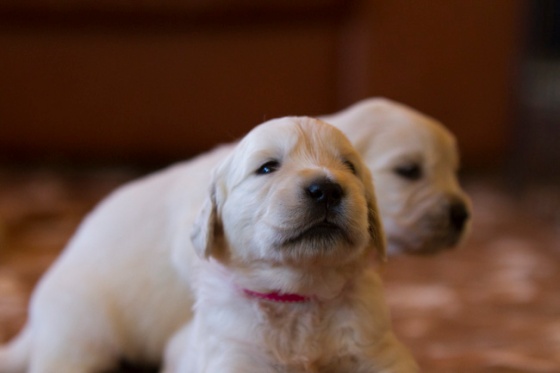 “Mockingbirds don’t do one thing but sing their heart out for us.

That’s why it’s a sin to kill a mockingbird.” 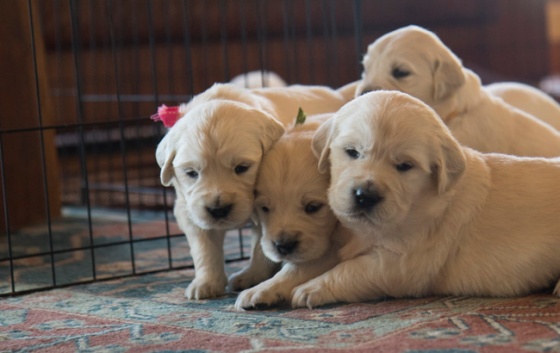 Here we go with another quote.

“The one thing that does not abide by majority rule is a persons conscience.”

WOW this quote could be true today and forever.

The next quote just about sums everything up.

“You will never really understand a person until you consider things from his point of view.”

Another great piece of advice from Harper Lee

This advice would help in politics these days.

What do you think? 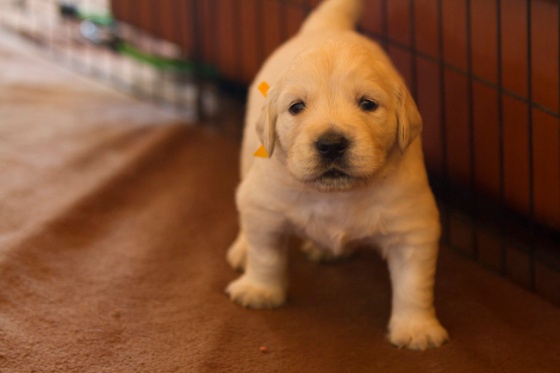 Atticus Finch was one of the main characters in “To Kill a Mockingbird”  He is the father and lawyer.  He lived life following the advice from the above mentioned quotes.

Atticus represents morality and reason.  He believed in justice, fairness and being non prejudice.

This Atticus exemplifies the color yellow. Energetic and friendly.

If I allowed everybody to pick their puppies Atticus would get picked first since he is usually the first to come meet and greet any human who comes near.

Atticus is a lover boy. 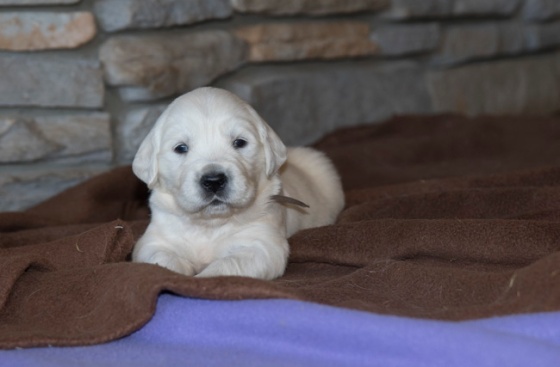 Next I’ll introduce you to Jem.

Jem is a big boy with a brown ribbon.

Jem in “To Kill a Mockingbird” was Atticus’s son.  Jem was brave and curious.

Jem was the first who overcame fear to run up and touch the Radley’s front door.

I don’t know if this Jem fits that description but this Jem is a real gem.

He is quiet and confident but does not seek out attention.   At least not yet. 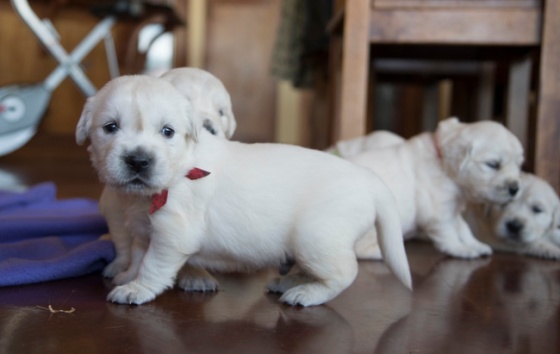 And of course from Harper Lee’s masterpiece I had to use the name Scout.

This Scout is a boy not a girl like in Mockingbird but we are gender neutral these days right?

Besides Scout is a great name for a boy.

And yes this Scout is special.  He has a cowlick like his Mama Fiona.

Scouts unique marking is properly identified as a tuffed whorl. 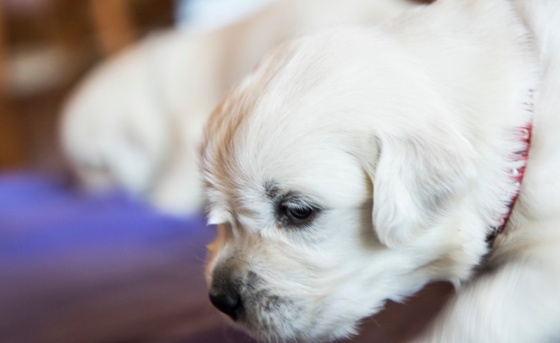 It is a little mini Mohawk running down the middle of his face.

I think Scout is going to be a rockstar!

Scout in Mockingbird was mature and smart.  She was a tomboy.

Scouts brother Jem sometimes critized Scout for “acting like a girl!” Or complained at times she was not enough like a girl.

That always seems to be the case with brothers and cousins of tomboys.

And last but not least I decided to use the name Finch from Mockingbird.

Finch was the sur name of Atticus, Jem and Scout in Mockingbird. 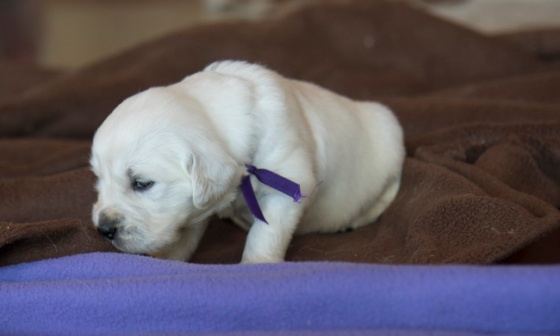 Finches and Mockingbirds are both songbirds.

They are meant to sing and sing and never stop at all.

Does that quote ring a bell? 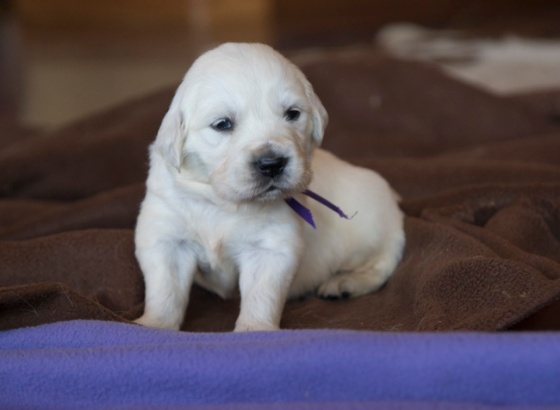 This Finch is graced with my favorite color purple.

I was going to call him Prince but it did not go with the book theme.

Finch is quiet and even keeled.  I’m waiting for his personality to blossom.

Did you know it took Harper Lee doing several rewrites to get “To Kill a Mockingbird” just right?

One winter night, as Charles J. Shields recounts in Mockingbird: A Portrait of Harper Lee,

Lee threw her manuscript out her window and into the snow, before calling Hohoff (her editor) in tears. “Tay told her to march outside immediately and pick up the pages,”

The next classic book I loved as a child  (and I’m sure you did too) is Charlotte’s Web by E.B. White.

Here is little Charlotte with the lavender ribbon.

In “Charlotte’s Web” Charlotte was the little spider who hatched a plan to save Wilbur the pig from slaughter. 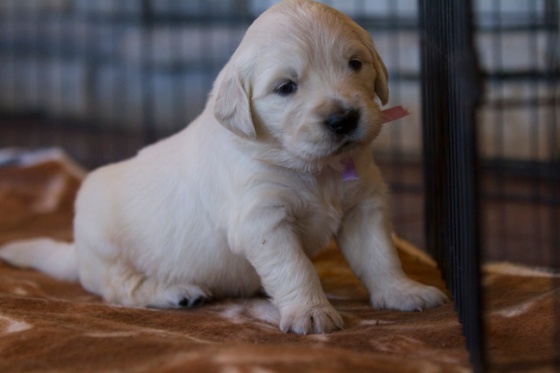 This Charlotte is divine.  She is on the small side like a spider.

She is friendly and likes to crawl up into my lap to cuddle.

Sadly in the book “Charlotte’s Web” Charlotte succumbs to death while Wilbur avoids it. 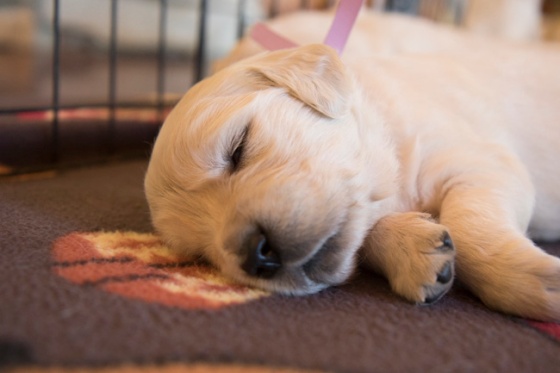 This Charlotte will not succumb to anything right now except sleep.

Sleep is under rated.

Of course I must have a Wilbur in this group. 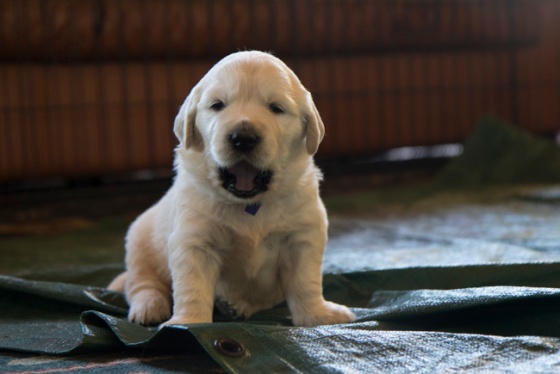 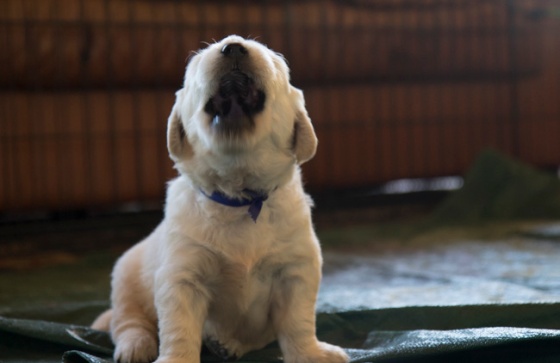 Wilbur will tell me when he wants something.

Poor Wilbur in “Charlotte’s Web could not make any friends in the barn except Charlotte.

Wilbur worried about death every night.

But even in the face of death life continues and ultimate goodness wins.

And don’t I know it. 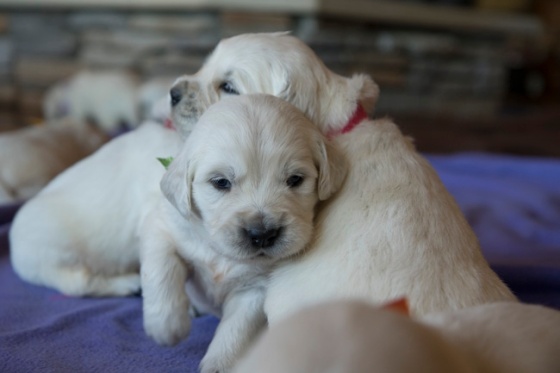 As a kid I loved the Disney movie called “Oliver” 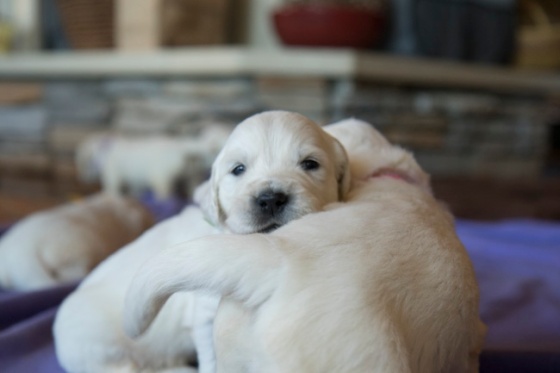 This cutie pie with the green ribbon gets the name Oliver.

He had to overcome terrible odds in life to finally find security and love.

The book “Oliver Twist” by Charles Dickens shed light on the mistreatment of orphans and child labor in London in the mid 19th century.

There will be no mistreatment of this Oliver.

This Oliver is medium-sized, quiet and even keeled like Finch.

Oliver is friends with EVERYBODY in the pack. 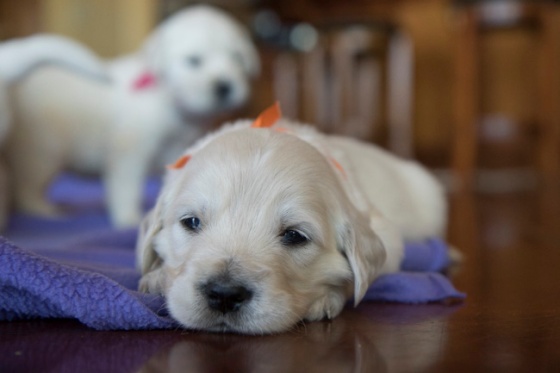 And last but not least is Stuart with the orange ribbon

Stuart of “Stuart Little”  Another classic from E.B. White 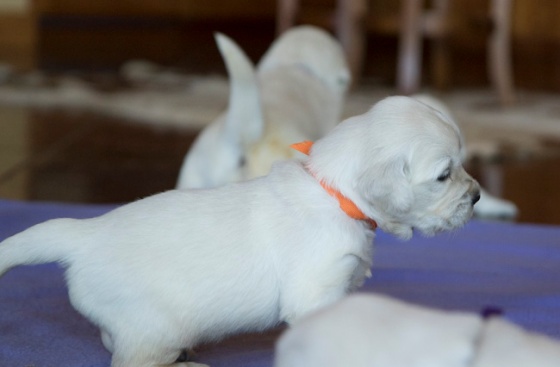 Even though Stuart Little is little he speaks, thinks and behaves at a mature level.

This is what I think about my little Stuart.

He has amazing ingenuity in performing helpful family tasks.

Which is sorely needed around Sundog Ranch.

He also has a love for songbirds.  One named Margalo.

But I’ve run out of puppies for the name Margalo.

And about that quote….

Hope is the thing with feathers that perches in the soul – and sings the tunes without the words – and never stops at all.  Emily Dickinson