So much has happened in the last two months and I have been VERY bad not telling you all about it.  So sorry, my plate has been overfull.  Anyway, we have BIG news at Sundog.  PUPPIES ARE COMING! 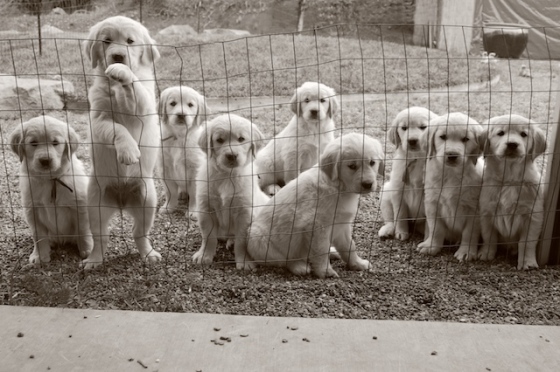 Not these puppies of course because these puppies are long gone from Sundog and happy with “other ” humans now.  In fact the big news has to do with the one puppy in this photo who is standing up trying to get all the attention.  That is our baby Sasha, who is now almost 3 years old.  Yes our baby is having babies.  I know that sounds weird.  Let me tell you about it.  Once upon a time a few days before Thanksgiving last year……….. 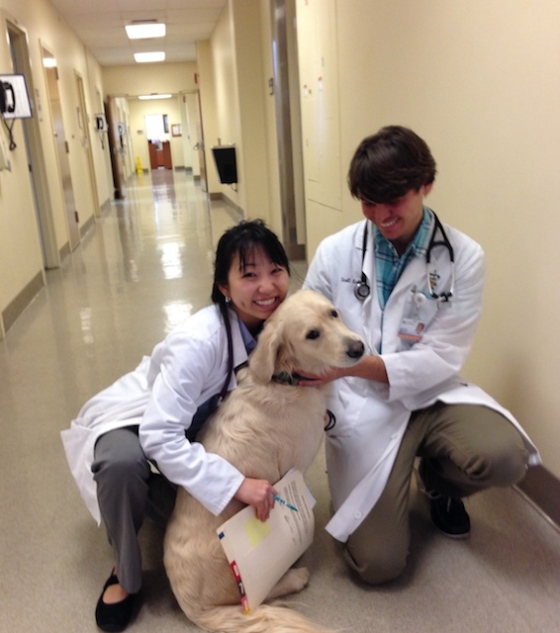 Here is Sasha getting all the attention she wants.  The veterinary students at University of California, Davis HAD to stop what they were doing to come over and envelop Sasha with hugs and kisses. 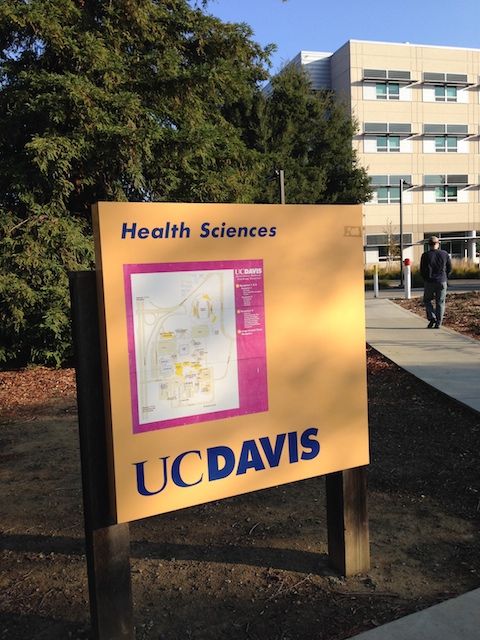 Why were we, I mean was Sasha,  at UC Davis you ask? 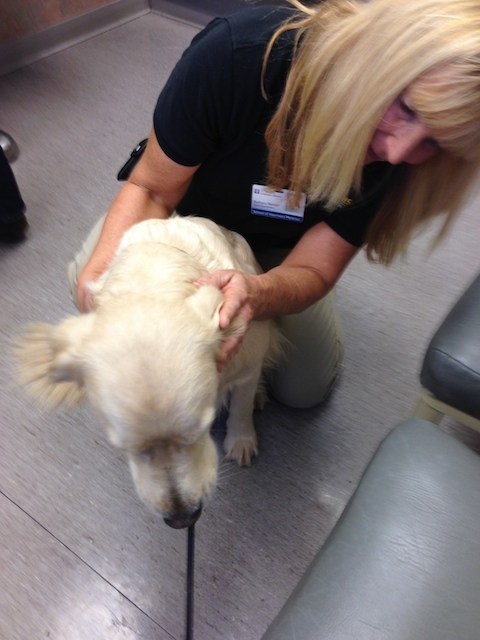 For a couple of reasons.  The veterinary staff are real nice there and SO interested in everything animal.  And where else can you find a theriogenologist?  To be truthful we did find a theriogenologist near Sundog Ranch and had been visiting him frequently before this trip to UC Davis.  Sasha did not understand why.   Anyway the theriogenologist near Sundog told us the time was right.  It was time for Sasha to meet her special date.  So we hopped in the car and started off on our on a big trip to meet Sasha’s secret date.  And because UC Davis happened to be on the way to Sasha’s date we stopped there for one last check up with ANOTHER theriogenologist.  Again Sasha did not understand why we were doing this AGAIN and wanted to crawl underneath the chair I was sitting on. 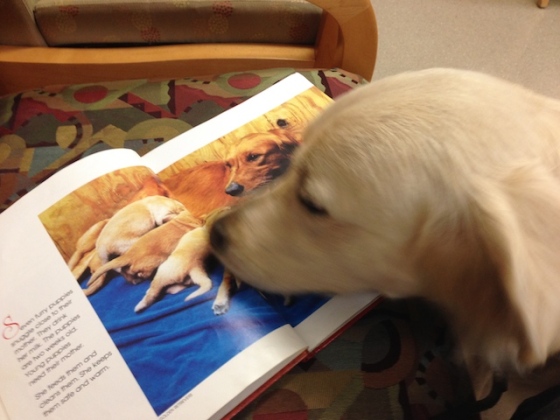 So I decided to do a little education with Sasha.  She looked back at me as if to say “I’ve already got this all planned mom” 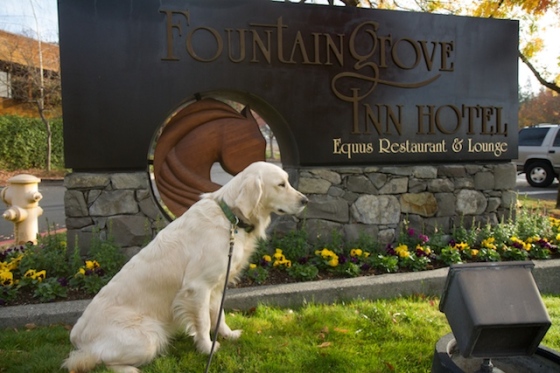 I reminded Sasha I was helping with her plan.  I said  “I got the hotel room and arranged your special date”  Sasha still seemed to think she did not need to have me involved as you can see by her humiliated look here.  But she started to perk up at the idea of staying in a hotel.  The hotel was near the big city (big city to us) which felt awkward but it had a horse or “Equus”  theme so we felt right at home. 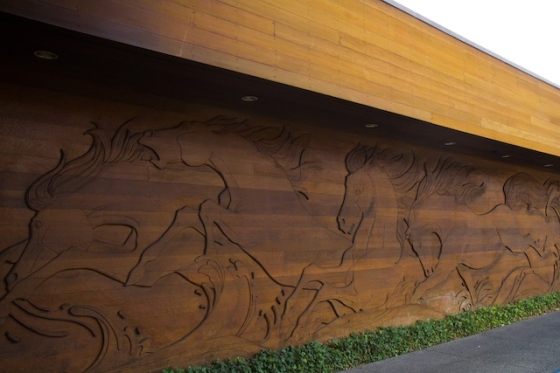 We found running horses on the way to the lobby. 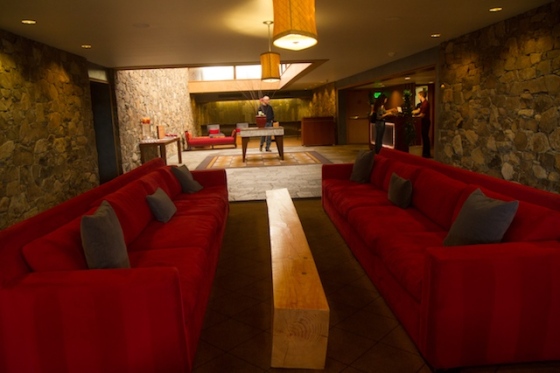 Once in the lobby we were very impressed.   Sasha said  “wow these couches are fantastic, I can’t believe they allow me in here!” 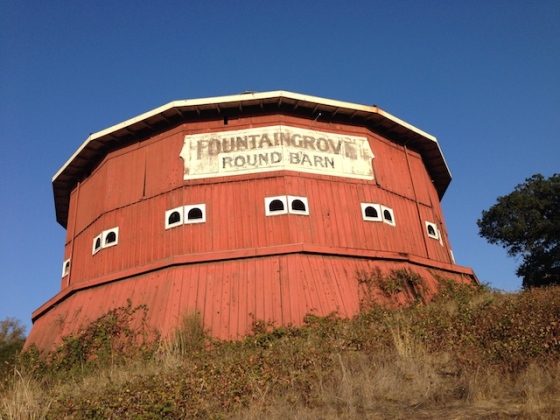 Our room was meant to be!  We opened the curtains and look what we saw.   This cool round barn right outside our window.  “Plenty of sniffing area, WOO HOO!” 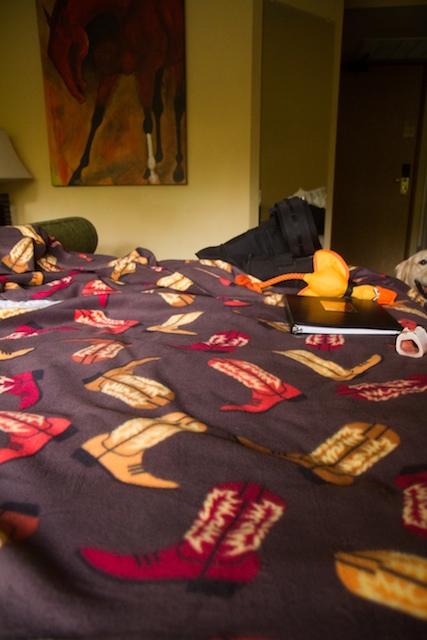 With the horse painting on the wall and our own bedspreads from home we were so comfortable we were thinking about asking the hotel staff if we could move in for a while. 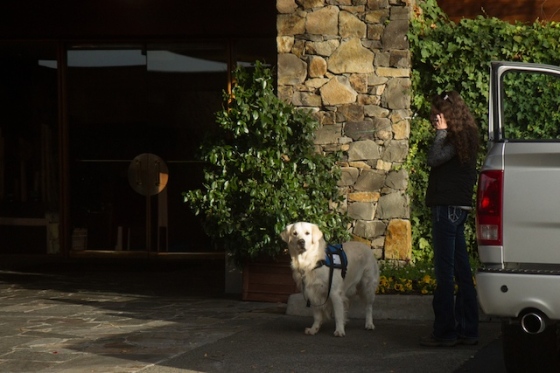 And then on one of our trips out to the car look who we found.  Sasha’s special date!   Introducing Shilo and his human Michelle.  Shilo’s full name is Shilo’s Arctic Star.   Sasha fell in love with Shilo immediately and did not care about his full name.  She only had one thing on her mind to do and Shilo was in perfect agreement.  “No, no, no you don’t in the parking lot!!”  “Why not?” said Shilo  “This is a nice flat place with lots of room and good traction”  Sasha agreed.”   I replied  “No parking lot because your humans have prearranged a better place for you two to hook-up” 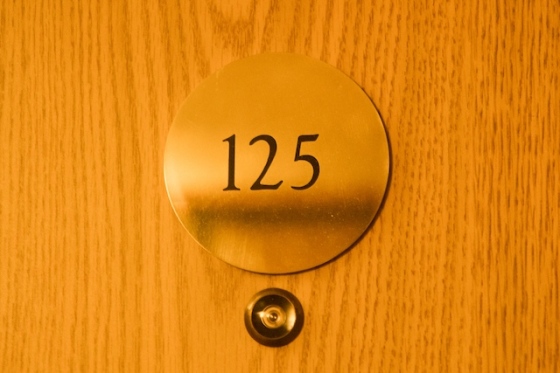 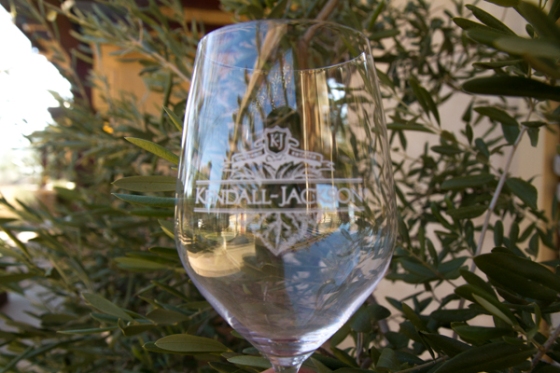 And boy did Sasha and Shilo hook up.  It all happened so fast I did not have time to take photo’s or write about it.   A celebration and another “date” was in order for the next day at a local winery.  Once there, we set the mood for Shilo and Sasha to try to hook up again while we humans were finishing off a bottle of Chardonnay in the gazebo. 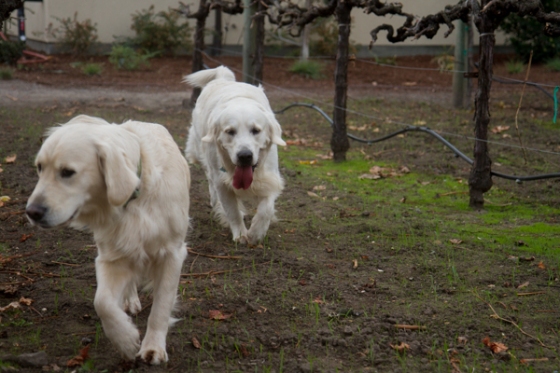 But even amongst the old vine Zinfandel it was not meant to be.  Many attempts were made….poor Shilo.  As you can see by the photo above Shilo was “working hard” to keep up with Sasha.   And even though Sasha was willing and Shilo was aiming to please, Sasha would look at me as if to say   “Mom we don’t need to do this again.”  Eventually I listened.  I put down my glass of Chardonnay. 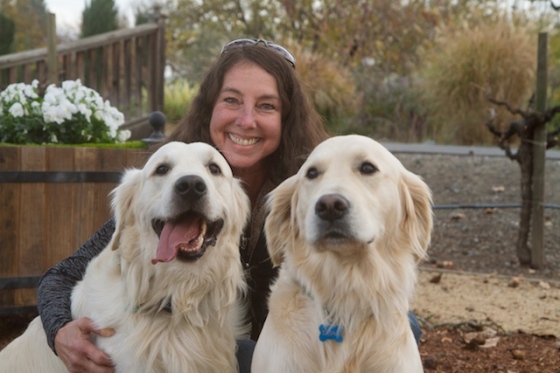 And said my merry good byes to Shilo and Michelle.  Aren’t they cute here?  Sasha you must admit looks like she has had a long day.  “I hope we don’t have to stop at the theriogenologist on the way home Mom.”   “No baby love.  You did good.  We are going back home to Sundog.” 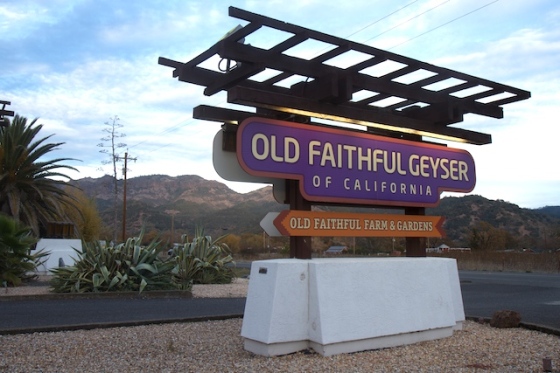 And while driving back home through the beautiful Napa Valley I kept my promise to Sasha not to stop and see a theriogenologist AGAIN.  The only place we stopped was here….just to take a leak.

UPDATE:  Sasha was right.  According to scientific calculations by ultrasound AND the theriogenolosist,  that one hook up on November 25th in room 125 produced 7 to 8 puppies who are due on January 25th!   Sasha said “I told you I had it all planned Mom.  Who needs a theriogenologist?”